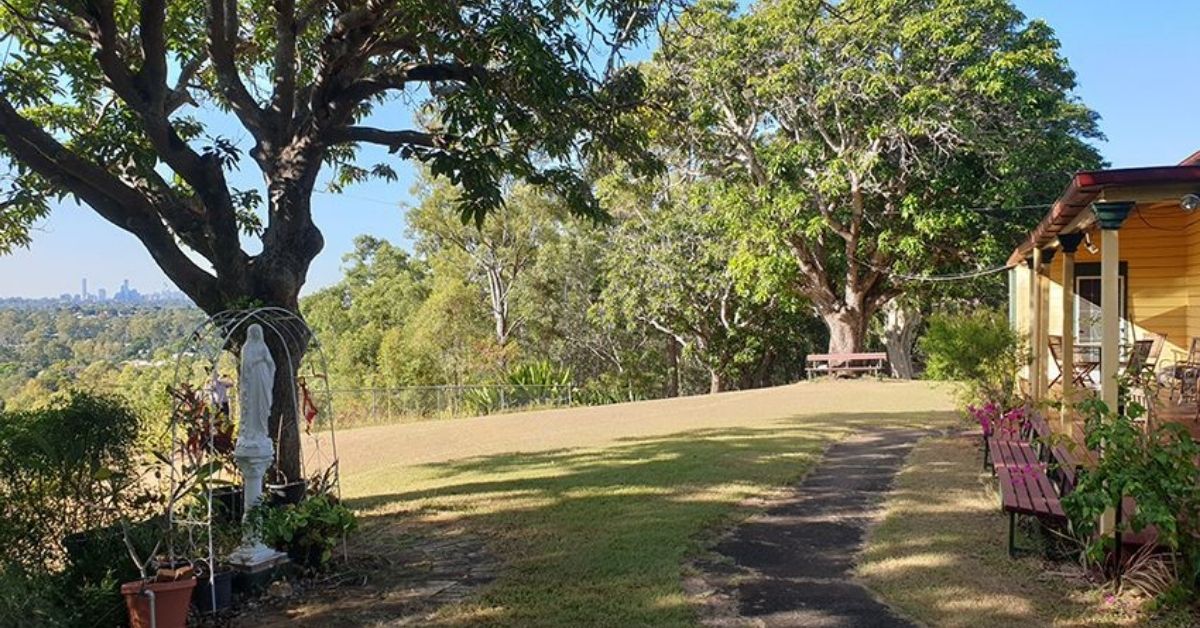 The Fort, a 19th century house currently owned by Passionist Community Oxley, has been added to the Queensland Heritage Register. Many may have recently seen it as the venue of the State Government’s media conferences during the early months of COVID-19 restrictions.

Who is Henry William Coxen?

Henry, who is from Croydon, England, came to Tasmania in his teens with his uncle and aunt, ornithologist John Gould and his wife Elizabeth Coxen. The family lived as guests at Governor Franklin’s home and then later moved to New South Wales, where Henry’s other uncle, Stephen Coxen, had a farm.

Henry was sent north of Darling Downs to join a European settlement and expand his uncle’s farming business.

In 1845, Henry returned to England and eventually married Mary Ann Shelton. The pair decided to return to Australia in 1852, where Henry established 17 grazing lands (pastoral stations), including in Oxley.

By 1866, Henry divorced his first wife and then remarried Margaret Moorhead. The couple traveled back to England in 1867 but following many failed investments, Henry and Margaret, along with their four children, settled in Queensland in 1880.

For much of his life, the farmer involved himself with community building and was a board member of the Yeerongpilly Divisional Board and the chairman of the Sherwood Divisional Board.

Who is Francis Drummond Greville Stanley?

In 1882, Henry had his family house built in his nine-hectare property on Fort Road. His architect’s reputation was on the rise in Queensland.

Stanley helped built a substantial number of buildings around Brisbane, such as the Brisbane General Post Office, Telegraph Office extension office and the Queensland National Bank’s headquarters. The architect also designed the Sidney House, Whinstaines, the Robert Hart villa and Tighnabruaich in Indooroopilly.

What’s in The Fort?

The location of the Coxen home had a sweeping view of the Brisbane River and was at the highest point in the area. It had all the right elements important for affluent Queenslanders: spacious, hilltop view, near a gorgeous river, far from the city crowd. The house had 15 rooms, a two-hectare garden, stables, and outbuildings for laundry and the stockyard.

In 1906, Coxen sold the property to the Irish Corkran family, after Margaret’s death. Thomas Knight Corkran was with the Western Queensland police but ran a dairy herd. He rebuilt The Fort to scale this down to six bedrooms. However, he expanded the lounges and halls and built a larger dining room and kitchen with a storeroom.

According to his daughter, Olivia, The Fort had “two huge rooms for the men.” The Fort also had a cellar for the dairy and cream separator.

Following Corkran’s death in 1937, The Fort land was subdivided to his family but by 1955, it was sold to the Provincial of the Congregation of the Passion in Australasia. Originally from Italy, the Passionists are Catholic missionaries. The group was the first Catholic outreach to work with Queensland’s Aboriginal people in the mid-1800s.

The order turned one of The Fort’s front rooms into a chapel and then added a new wing to the house with four bedrooms and a washroom. The first mass at this house was celebrated in November 1955 with Archbishop Duhig as one of the guests. Public Sunday masses started two years later but The Fort was mainly used for retreats, religious celebrations, and missions and markets for charity.

More changes to the house were done in the ’70s and the ’80s as the membership grew. It remains a Passionist Retreat today and its priests have been serving Oxley for more than 60 years.

By 2005, the Brisbane City Council bought 10 hectares of The Fort’s land for housing. After objections from the community, the area was turned into the Fort Bushland Reserve.