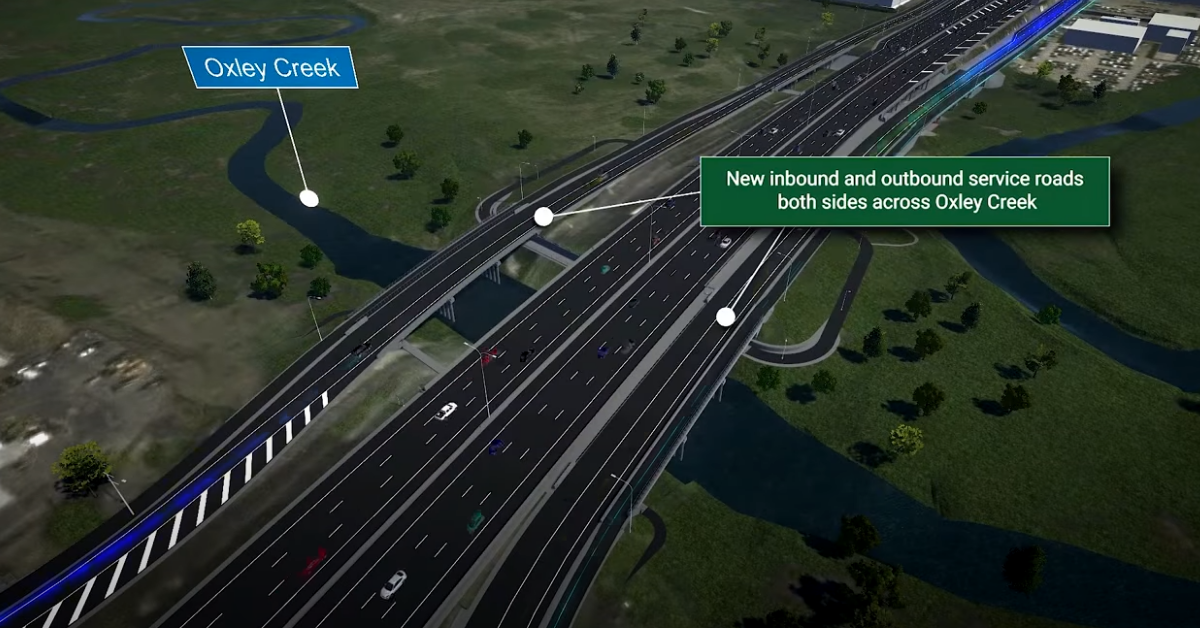 The Rocklea to Darra upgrade on the eastern end of the Ipswich Motorway moves forward as new girders have been placed for the expanded bridges over Oxley Creek.

Nearly 200 new girders have been installed as part of the two higher and wider Oxley bridges which will increase capacity and bring safer connectivity along the Ipswich Motorway.

State Premier Annastacia Palasczuk said that despite the economic impact of COVID-19, Queensland continues to deliver an economic recovery plan that includes a $50 billion infrastructure guarantee.

Federal Minister for Population, Cities and Urban Infrastructure Alan Tudge said that despite the pandemic, the project is on track for completion in early 2021.

“This is a targeted infrastructure investment to make the trip to work and back home safer for thousands of motorists every day,” said Mr Tudge.

“At the same time we’re injecting much needed funds into the Queensland economy and creating jobs for hard-working Queenslanders.”

Senator for Queensland Paul Scarr hailed the project, saying that this would enhance flood resilience and reduce travel times.

“The project will support over 470 jobs at a time when creating and maintaining jobs has never been more critical,” said Senator Scarr said.

“Works will be delivered by Bielby Hull Albem Joint Venture – a Queensland-owned consortium.”