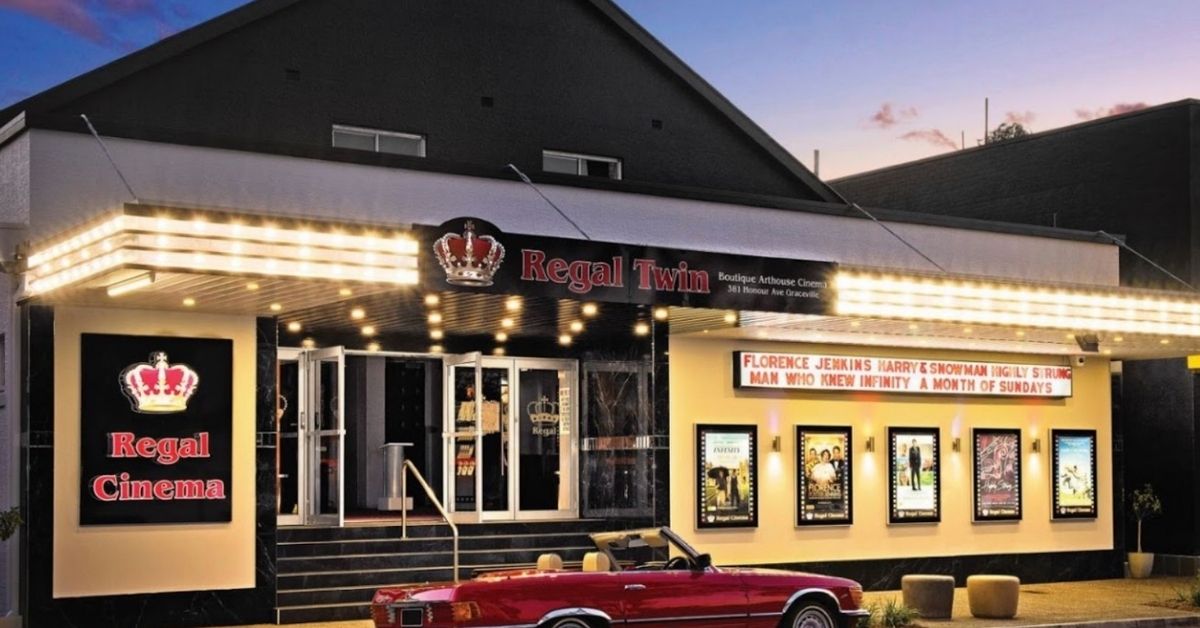 Regal Twin Cinema, Graceville’s independent arthouse theatre, has a new owner after 50 years. Paul Roobottom confirmed that he sold his business to the Sourris brothers, Stephen and Peter, who own Five Star Cinemas.

Mr Roobottom informed in an email to the cinema’s patrons that the Sourris brothers are taking ownership effect Monday, 31 Aug 2020, as he enjoys his retirement. The businessmen have been working out a deal since the last Christmas holidays.

The Sourris have known Mr Roobottom for years since their fathers are good friends. Peter has been telling Mr Roobottom of his interest in Regal Twin Cinema, should he decide to put this up on the market one day.

“I have witnessed so many changes of direction within the motion picture industry I can think of no greater challenge or rewarding profession. It truly has been my own Cinema Paradiso I will miss you all,” Mr Roobottom wrote to the cinema’s patrons.

The building where the Regal Twin Cinema used to be an open air cinema in the 1920s. Graceville Picture Gardens featured silent movies until the “talkies” became the norm.

A decade later, a building was erected at the open air venue. In the 1950s, the site was renamed as The Regal in honor of the coronation of Queen Elizabeth II. The Regal changed owners more than a dozen times until it landed in the hands of the Roobottom family in 1970.

Regal Twin Cinema will not undergo major changes in operation under the new owners. The Sourris brothers, who are passionate about film, are also behind four other independent cinemas in Brisbane — Elizabeth Picture Theatre, New Farm Cinemas, Red Hill Cinemas and the Yatala Drive-In.

The brothers said that the movie experience at the Regal Twin Cinema is for mature, discerning moviegoers.

“This is the place where you not only enjoy a movie in clean pleasant surrounds, but enjoy a truly amazing entertainment experience, just like the good old days.”