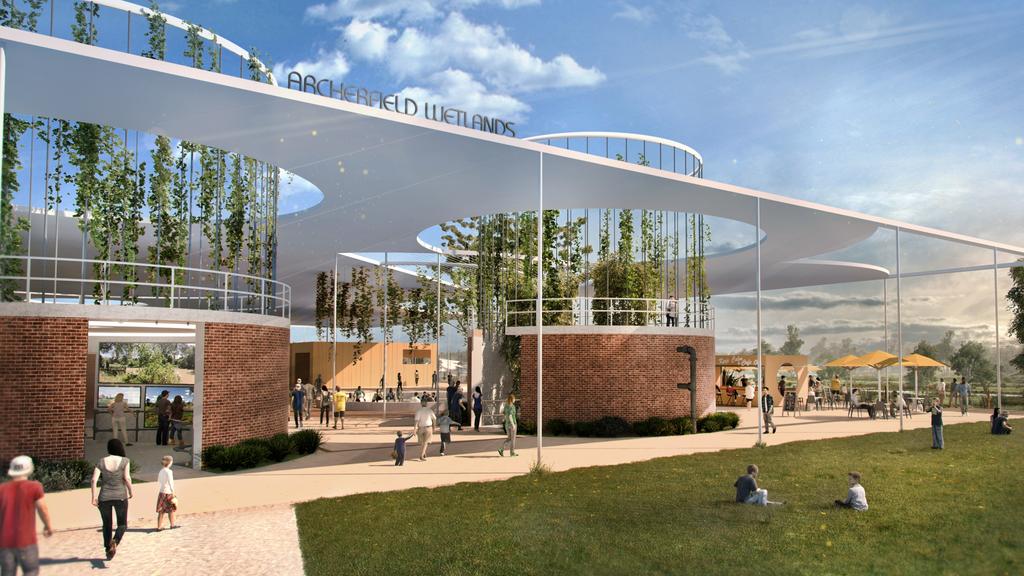 A plan to turn the former Durack wastewater treatment plant into the Archerfield Wetlands Parkland and Interpretive Centre has been submitted to Council. Once approved, it will see the site’s transformation into play area for children, sports and educational centre for the youth, and events centre for the families.

The proposal (DA A005681203), lodged in March 2021,  is part of the long-term planning for the Oxley Creek Transformation project and will cover 8.65 hectares of recreational space. The community site will also include provisions to support school workshops, an outdoor cinema, as well as barbecues and picnics sites for groups.

Its most exciting feature is the water play area with its rotating spray arm, sequenced inground spray jets, and rain curtains. The facility will also have its own nursery and potting shed.

Residents had mixed reactions to the project when it was initially announced in 2019. While many looked forward to the improvements in this suburb, to benefit residents of all ages, some have raised concerns over the potential destruction of the wetlands and the animals that inhabit the site.

The Oxley Creek Transformation project has been set for 20 years with the Archerfield Wetlands Parkland and Interpretive Centre projected for completion by 2026.

However, around 65 percent of the wetlands will be focused on “conservation and vegetation management,” per the official site. This will allow for the community to enjoy the recreational facilities whilst a significant portion of the site will be an open green space.

Stage 1 of the construction could start in early 2022.