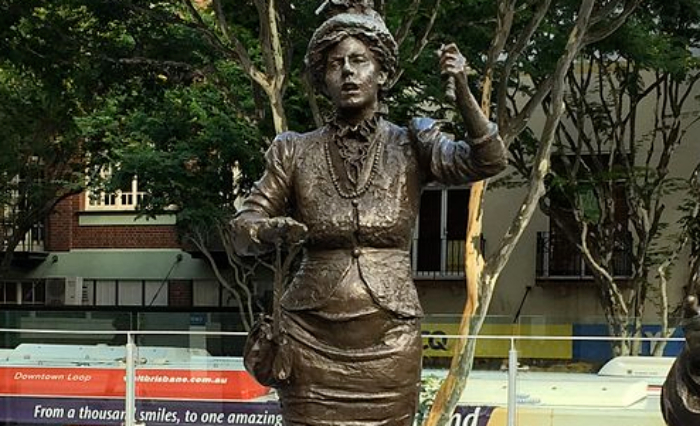 After a trip to the Sherwood Arboretum, nine-year-old girl Malia Knox urged the Queensland Government to provide proper representation for women and girls across the State via public statues, pictures and plaques.

During a visit to the Sherwood Arboretum with her mother, Kelley Knox, Malia questioned why all the plaques at the central promenade were dedicated to men. With her curiosity piqued, she sought out to see if there were any public monuments within the area dedicated to women.

Malia’s research has revealed that there are currently only three statues of women in Brisbane: the suffragette Emma Miller, Lady Diamantina Bowen, and Laura Geitz, the captain of the Australian Diamonds. This revelation, combined with the fact that there were six statues of men at Suncorp Stadium alone, prompted Malia to begin her project: #femalefaces4publicplaces.

Following Malia’s efforts, the Palaszczuk Government has shown its willingness and support. Shannon Fentiman, Attorney-General and Minister for Women, stands with Malia and applauds her for her work towards gender equality.

“It’s fantastic to see young Queenslanders like Malia are passionate about gender equality,” says Ms. Fentiman. “Speaking out and calling for change. We know there is a huge disparity between male and female representation across our public monuments thanks to Malia’s work on her #femalefaces4publicplaces project.”

The project revolved around the creation of a Parliamentary Petition. This petition vied for the creation of a law that requires 50 per cent of statues, pictures and plaques in public spaces in Queensland to depict real women.

Malia’s project managed to gain almost 800 signatures total. According to Ms. Fentiman, the Palaszczuk Government is committed to making sure the public monuments in Queensland reflect contemporary views as well as the communities people live in.

The park and heritage site that started Malia’s project, the Sherwood Arboretum, can be found at 57 Dewar Terrace, Sherwood.