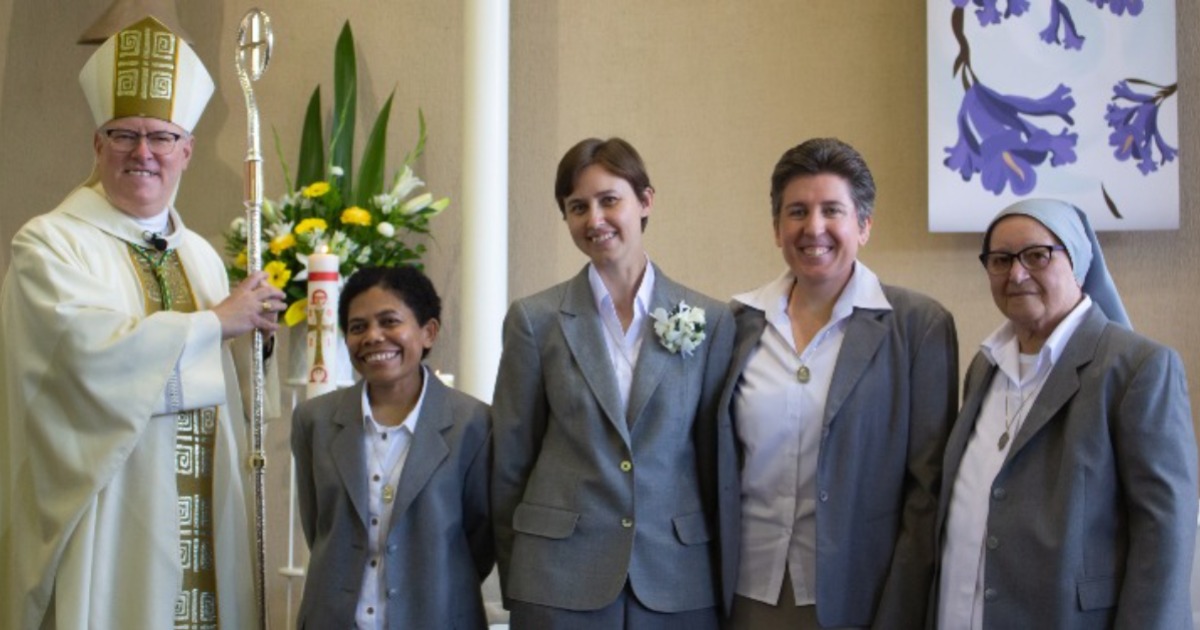 Sr Monique Singh, who recently made her final vow as a full member of the Canossian Daughters Of Charity in Oxley, once had her heart set on becoming a world-class ballerina. Everything changed when she realised she had a higher calling to serve God.

To Sr Monique, dancing was not just a dream. It was her first love. In fact, after high school, she studied dance full-time at a school in Sydney. The only daughter of Barbara and Graham Singh from Taree in New South Wales, Sr Monique once dreamed of traveling the world as a ballerina.

One day, whilst she was 16 years old, God spoke to her through a small book she was reading. It was at that moment when she first sensed a calling to religious life. At the time however, she could not picture how that would become a reality.

Eager to pursue her dream to dance, the young Monique moved to Brisbane to further her dance studies. Whilst studying choreography in a Brisbane university, she saw a flyer about a retreat organised by the Canossian Daughters of Charity.

That’s when she met the Canossian Sisters, whose joy profoundly moved her. Even though she subsequently explored other orders, Sr Monique felt that with the Canossians, her heart was at home. Eventually, she felt torn between pursuing dance and staying in touch with the Sisters.

“I surrendered the desire to control and allowed the Spirit to gently guide me to new possibilities and opportunities for growth that were beyond all of my imaginings. I was amazed at the journey and how, in letting God take the lead in this dance of life, a new perspective of the world unfolded,” Sr Monique shared.

At 27, she entered postulancy in the Philippines, where she studied with other young women discerning religious life. Then finally, in July 2021, she made her final vows inside the Canossa chapel in Oxley led by Bishop Ken Howell.

“It has been quite the adventure so far – and the journey is just beginning. I am so very grateful for the people who were placed on my path, as God’s instruments, to help light the way,” Sr Monique said.