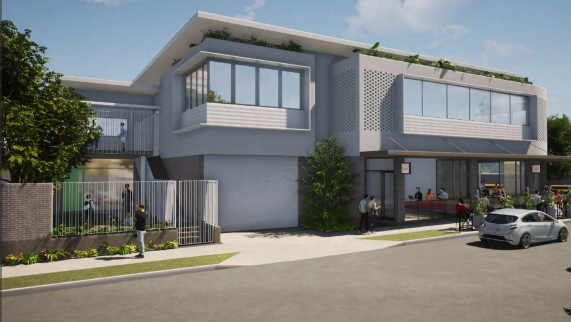 Plans for a childcare centre on Honour Avenue in Graceville have been granted approval, despite strong opposition from the community.

The site will have 34 car parking spaces including 12 spaces allocated to childcare centre staff. Access to the subject site will be from Verney Road West, whilst pedestrians are also able to access the site via Honour Avenue.

In addition to a childcare centre, the applicant also lodged plans for an 811-sqm space for office and retail that will operate from 6:00 a.m. to 10:00 p.m.

Those in opposition said they feel the childcare centre is not compatible in design or scale with the surrounding homes. Residents are also calling on Council to take into account the massive spike in childcare centres approved and pending approval.

In the present, there are established childcare care centres in Graceville offering hundreds of places. Then there’s another proposed childcare centre at 232 Graceville Ave (now in pre-lodgement) which aims to offer up to 82 places.

“Verney Road West is already a narrow street at that end and this purpose of development (childcare) would dramatically increase the car noise, traffic and congestion in Verney Road West which would also flow into Honour Ave,” one submitter wrote.

On the opposite side of the road, another developer lodged plans to build an integrated two-storey commercial building. Area resident Josephine Kennedy said she’s one of those who welcome the redevelopment of the former Nanette Lilley site, but not in its current form, as it fails to comply with numerous aspects of City Plan 2014 including the Sherwood Graceville Neighbourhood Plan.

Under the Neighbourhood Plan, streets and areas will present strong traditional building character and will retain pre-1946 houses. It also indicates that new houses and extensions to houses will be built in keeping with the local pre-1946 streetscape characteristics.

Submitters are entitled to lodge an appeal with the Planning and Environment Court against Council’s decision to approve the proposed development.