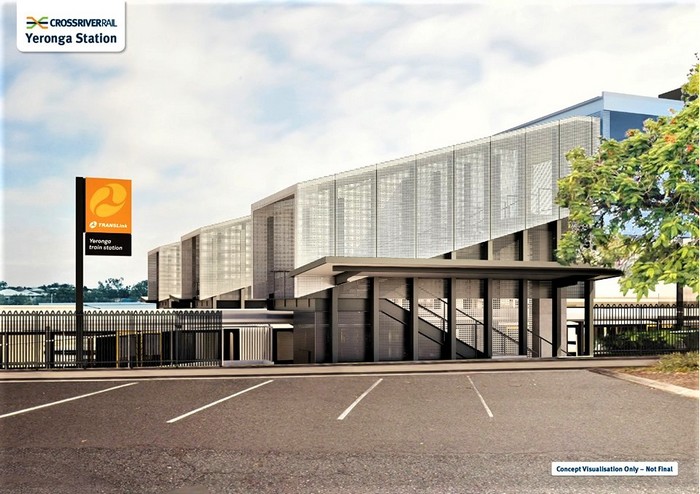 Six existing QR stations including Yeronga, Yeerongpilly, and Rocklea will receive a makeover to meet accessibility standards in time for the completion of the Cross River Rail.

The rail line includes 5.9 kilometres of tunnel under the Brisbane River and CBD. Along with the construction of new stations, upgrades will also be done on Dutton Park and Exhibition stations.

“Queenslanders are backing public transport like never before with a record 182 million trips across the South East last financial year,” Mr Bailey said.

“Cross River Rail already includes plans to build an additional platform at these southside stations, so it makes sense that we also invest in accessibility upgrades to the existing station platforms at the same time, so they can be delivered by the Cross River Rail contractor.”

The station upgrades, Mr Bailey said, are designed to minimise network disruption with new platforms also to be prefabricated off-site. He added that the upgrades will make it easier for commuters with a disability, parents with prams, and travellers with luggage to use the public transport system.

Read: Exit Ramp to Rudd and Douglas Streets to Permanently Close for Rocklea to Darra Upgrade

The proposed station upgrades would be assessed by the independent Coordinator-General. A community information forum on June 6, 2019 at Annerley Hall, 8 Waldheim Street, Annerley is also planned, according to Mr Russo.

“This is an important opportunity to find out what’s planned for the southside and to have your say on Cross River Rail’s once-in-a-generation transformation of high-frequency transport in our community,” Mr Russo said.

Feedback on the station upgrade plans can be uploaded to the website of the independent Coordinator-General until 5:00 p.m. on Friday, June 14, 2019.