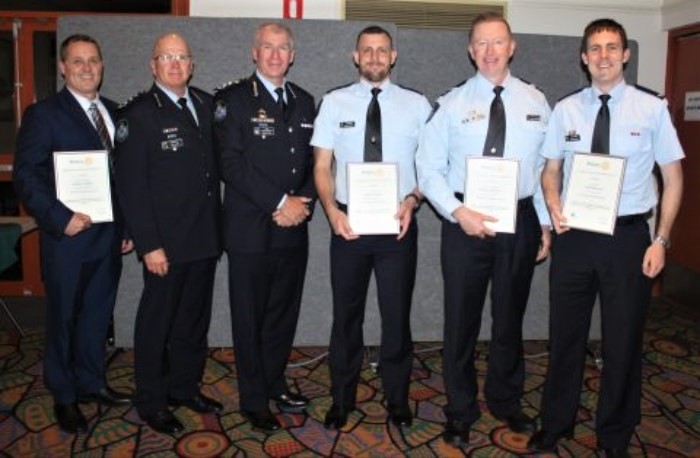 The ceremony was attended by Minister for Fire and Emergency Services the Honourable Craig Crawford and Chief Superintendent Brian Swan, who handed the awards to six outstanding officers from the Queensland Police Service (QPS):

“These officers are a credit to the Queensland Police Service, to the community they serve, and to their family and friends,” Inspector Tony Ridge said.

“I know that they will continue to work in a professional and ethical way to ensure the safety of Queenslanders.”